What is a QNUPS?

What are the reporting requirements?

What is the tax position on contributions?

What level of contribution is acceptable?

What can I withdraw from my Retirement Scheme?

What is the income tax position on withdrawals?

Other points to consider

QROPS baby brother QNUPS, the transferring of investment assets out of the UK, is arguably one of the most exciting investment and tax planning platforms seen in decades.

With the current HMRC Consultation paper on property, CGT and mansion tax proposals and with the recent introduction of Annual Charges, QNUPS has taken on an even greater emphasis in retirement fund and wealth preservation planning. QNUPS arguably could signal the death throes of the Offshore Discretionary Trust.

With effect from this date it became possible for individuals to make post tax contributions to a QNUPS, providing themselves with a fund which will grow free of Income & Capital Gains, providing additional pension benefits, as well as protection from Inheritance Tax.

What is a QNUPS?

A QNUPS is an overseas unapproved retirement fund. To qualify, an overseas ‘pension’ should:

A QNUPS should also fall within the requirements set out in section 271A Inheritance Tax Act 1984 (IHTA) and Inheritance Tax (Qualifying non-UK Pension Schemes) Regulations 2010 (SI2010/51).

What are the reporting requirements?

A QNUPS unlike a QROPS has no reporting requirements to HMRC. Having not sought approval from HMRC and not being in a position to accept UK pension funds, the only reporting issues to be considered would be the domestic ones in the territory in which it is established.

What is the tax position on contributions?

From a purely UK perspective, contributions to QNUPS generally will be made with post-tax assets, either income or capital.

There should be no CGT issues where contributions are made from cash. Transfer of actual assets however, could trigger a taxable gain.

Generally no IHT charges arise on transfer of assets by a member. To the extent that there is any reduction in the value of ‘the estate’. Section 10 IHTA operates to prevent a transfer being a transfer of value where it is “not made to confer any gratuitous benefit”.

What level of contribution is acceptable?

There are no specific guidelines as to what is deemed reasonable, but when looking at a level of contribution, HMRC will look at what would in the normal cause of events be ‘usual’.

If funding is disproportionately large, then it would suggest to HMRC that avoidance of taxation was the purpose. Income and gains may then be subject to anti-avoidance measures under Section 261 Income Tax (Trading & Other Income) Act 2005 (“ITTOIA”), section 720 Income Taxes Act 2007 (“ITA”) and Sections 86 &b 87 Taxes of Chargeable Gains Act 1992 (“TCGA”).

a suitably qualified independent financial advisor or accountant is obtained before a QNUPS is created and funded. Evidence based contributions are best.

In most jurisdictions where QNUPS will be set up, there are no income or capital gains taxes on accrual within the fund, however, this is jurisdictionally dependent.

Transfers by a member to a QNUPS should not be caught by the Income Tax anti-avoidance provisions provided that the scheme operates as a true pension fund, and is not over-funded.

What can I withdraw from my Retirement Scheme?

At retirement age the QNUPS will pay up to 30% as a commutation of the fund, and the residual fund will be used to provide an income for life. Benefits must start to be drawn before the age of 70 – unless the funds fall under Maltese legislation in which case there is no commitment to take proceeds by then.

A QNUPS is a pension fund and as such is designed to provide you with an income in retirement. Failure to do so, or take only a nominal income, may involve tax implications as described above.

Note: Advice should be sought from your adviser as to the tax implications on payment of benefits in your country of residence.

What is the income tax position on withdrawals?

Trustees confer benefits in accordance with the Trust Deed & Rules. If the member is UK resident, the taxation will depend upon classification by Section 393 ITEPA 2003.

If the member is non-Uk resident, tax may be payable in their jurisdiction of residency.

Please consult your advisor for more details on your personal circumstances.

Benefits on death should be treated as ‘excluded benefits’ for Income tax purposes, and there should be no IHT to pay on funds which, following the death of the member, have not been spent on benefit to the member, provided that there is no choice for the member to receive a pension or instead pass on the value as a death benefit.

The Trustees’ preference is for a client/adviser to appoint a fund/investment manager to take safe custody of the assets and to act on the investment mandate laid down by the client. This will allow investments to be managed within the following categories:

In addition the following asset classes are permitted:

Assets can be held in any denomination.

Please be aware that assets that cannot be liquidated to provide you with an income or physical assets that do not provide a regular income stream, will almost certainly invalidate your scheme for IHT purposes.

Other points to consider

Depending upon the member’s country of residence, it may be beneficial to have your QNUPS in a jurisdiction which is

protected by tax treaty. Not all countries recognise pension fund structures in non-tax treaty jurisdictions. Malta is a prime example of such a jurisdiction

This summary is of a general nature only and is not intended to be relied upon as, nor to be a substitute for professional advice, or used in formulating any business decisions without first seeking such advice. No liability is accepted for any consequences arising from any transactions embarked upon in connection with this summary.

The benefits referred to in this summary may vary according to residency and domicile. Different rules apply to different individuals and employers. 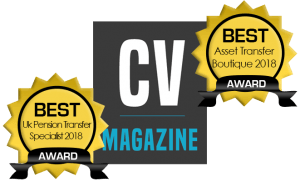